The ATO fails to resolve the key question of what constitutes “ordinary family and commercial dealing”, tax professionals say. 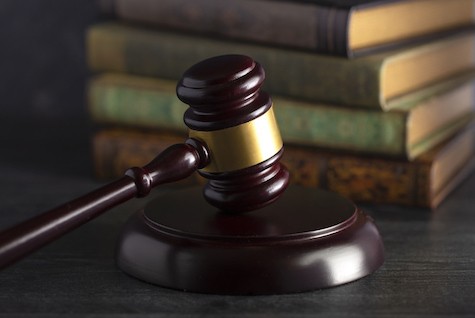 Uncertainty will haunt trust distribution decisions next June because the ATO’s final ruling on s100A fails to resolve the key issue of what constitutes an “ordinary family or commercial dealing” and the likely result will be an additional tax burden on small family business, tax professionals say.

Final ruling TR 2022/4 released last week has quickly attracted critics for its lack of substantive changes to the draft published in February despite an extended consultation period and many detailed submissions.

Head of tax at the Institute of Financial Professionals Australia Phillip London said how “ordinary family dealing” applied to an adult beneficiary would need to be tested in law to get clarity.

“Why is the instance of a young adult beneficiary deciding to leave their trust entitlement in the family business as working capital for the foreseeable future not an ordinary family dealing? Should not assets generated by a family business be utilised for the benefit of that family?” he asked.

“There is nothing artificial or contrived about these things, nor do they involve any unnecessary complexity.

“Rather than conduct test cases in respect of section 100A on highly complex matters such as Guardian and Blood, the tax professional is looking for certainty on the relatively straightforward matter of a distribution to an adult beneficiary. It is this the ATO should be focusing their attention on in a litigation program.”

John Jeffreys of John Jeffreys Tax said the additional examples in TR 2022/4 “raise more problems than they answer” and cited example 2, which involves the “cultural practice” of a grandparent (“Azra”) giving gifts to younger family members.

“The example says, ‘This cultural practice is relevant in considering whether transactions that involve Azra gifting money to her grandchildren out of funds from a trust distribution she has received have been entered into in the course of ordinary family or commercial dealing.’

“Why cannot the ATO make the clear statement that such an ordinary family occurrence is ordinary family dealing? But it does not do this! It clearly leaves open the question of whether Azra is deemed not to be (and never to have been) presently entitled to her trust distribution. Why? Because she gave a Christmas present to her grandchildren! There is no reason for the ATO to leave the taxpaying community with such uncertainty about such a common occurrence.”

BDO tax technical national leader Lance Cunningham said the ATO had disregarded comments made in the Guardian case, which awaits an appeal decision, that indicate that the term “ordinary” is in contradistinction to the term “extraordinary”.

“This has been interpreted by some commentators to indicate that a dealing will be ordinary if it does not contain any elements of artificiality,” he said. “However, in the final ruling the ATO has maintained its view that this is not the correct interpretation of the judge’s comments in the Guardian case. The ATO also says that these comments on ordinary family dealings were orbiter and not presidential as the case was decided on the basis that there was not a reimbursement agreement, i.e. it did not turn on the question of whether the arrangement was an ordinary family or commercial dealing.”

Mr Jeffreys said the uncertainty that remained would slow down the distribution decision process in the run-up to 30 June next year.

“More advice will need to be taken and more consideration of distribution decisions made,” he said.

“It would be useful for accountants to form good working relationships with skilled trust lawyers so that the trust income distribution process can flow smoothly. It maybe that some trust deeds will need to be amended. Also, accountants may want lawyers to draft trust distribution minutes.

“I expect that lawyers will begin to draft sets of documents (that they will sell) to assist trustees and accountants to deal with the challenges of these new rulings.”

Mr London said the net result would run contrary to pledges made during the May election campaign.

“We are just seven months out from a federal election that saw both major parties committing not to increase the tax burden on small business. The application of these guidelines will likely impose an additional tax burden on small family business where the Tax Commissioner applies their terms.”